The history of hypnosis may go back many, many centuries, however the scientific history of hypnosis and hypnotherapy actually begins towards the end of the 18th century. Franz Anton Mesmer (1734 – 1815), an Austrian physician, is credited by many as being the founding father of hypnosis. He developed the theory he coined as “animal magnetism”; in which he stated that the magnetic tidal influences of the planets also operate on the human body.

Mesmer was eventually discredited as he took a liking to showmanship and falsely used magnets. It was in fact discovered that the use of magnets had no bearing on actual results his patients achieved. Many of the impressive results including curing blindness, paralysis, convulsions and other ‘hysterical’ conditions, were down to his trance-inducing suggestion techniques.

Mesmer’s method, later termed ‘mesmerism’ after its creator, continued to interest many medical practitioners and are the methods that shaped the development of hypnosis as we know it today.

James Braid (1795 – 1860), a Scottish physician, began exploring the state of trance. He studied this psychological phenomenon rooted in a physiological process and coined the terms hypnotism and hypnosis, after the Greek god of sleep, Hypnos.

In more recent times, American, Dave Elman (1900–1967) helped to promote the medical use of hypnosis, and his definition of hypnosis is still used today by professional hypnotherapists. Dave Elman is also known for pioneering rapid inductions, moving away from the lengthy, drawn out visualisations that were often used. These short, sharp induction techniques have also been adopted in the RTT method which uses a similar rapid approach.

Milton Erickson (1901 – 1980), another pioneer in this field, understood the importance of hypnotherapy being meaningful on an individual level, by understanding and working with a client from their view of the world. Erickson also favoured the notion that effective therapy can happen in a short time frame. RTT has adopted this approach, advocating that many issues can be managed in one to three 90 minute sessions.

It is really amazing what people can do. Only they don’t know what they can do.
― Milton Erickson

Gil Boyne (1924 – 2010) also focused on achieving results in a single session. He developed one of the first programs that used a regression-based approach. This program, Transforming Therapy™, was used for decades to train over 12,000 hypnotherapists globally, including my own teacher and mentor, Marisa Peer. 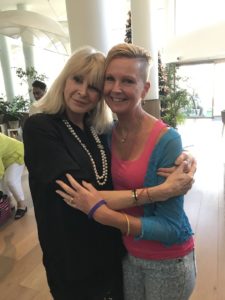 Marisa Peer, founder of Rapid Transformational Therapy™, has taken the best of many approaches, including some of those described above, along with other methodologies including psychotherapy, psychology, healing, cognitive behaviour therapy (CBT) and neuro linguistic programming (NLP), to develop her own distinctive method.

Marisa identified what was needed to enable a client to meet their goals quickly and benefit from long lasting results. She challenged the fact that many conventional therapists rarely address habits of thought. Marisa believes that you can’t heal what you don’t understand, and that habits of action are governed by habits of thought.

The RTT method is derived from over 30 years’ experience, and in this time Marisa has incorporated her many discoveries into this unique therapy. More recently she has shared her techniques in her extensive and intensive training sessions, passing on her many insights to those prepared to train at this level, including myself.

Rapid Transformational Therapy is so much more than hypnosis. I call it beyond hypnosis.
― Marisa Peer

Over the years of being an Advanced RTT therapist and Clinical Hypnotherapist, I have found these methods to be life-changing for my clients, especially when it comes to building a sustainable and profitable online business.

Combining hypnotherapy with the business strategy, coaching and energy clearing work I offer, has resulted in wonderful transformations in many of my client’s businesses and lives.

When you’re ready, I would love to help you to grow your online business in a way that feels soul-aligned for you.

Find out more about how you can work with me.

If you're curious to discover your HSP Archetype and find out more about your special gifts, take this free quiz. It only takes a few minutes!

This website uses cookies to improve your experience while you navigate through the website. Out of these cookies, the cookies that are categorized as necessary are stored on your browser as they are essential for the working of basic functionalities of the website. We also use third-party cookies that help us analyze and understand how you use this website. These cookies will be stored in your browser only with your consent. You also have the option to opt-out of these cookies. But opting out of some of these cookies may have an effect on your browsing experience.
Necessary Always Enabled
Necessary cookies are absolutely essential for the website to function properly. This category only includes cookies that ensures basic functionalities and security features of the website. These cookies do not store any personal information.
Non-necessary
Any cookies that may not be particularly necessary for the website to function and is used specifically to collect user personal data via analytics, ads, other embedded contents are termed as non-necessary cookies. It is mandatory to procure user consent prior to running these cookies on your website.
SAVE & ACCEPT